06/12/2017, at 2015 hours Chelan Fire and Rescue’s Rescue 71, Brush 71, Brush 74 and Tender 74 were dispatched to a possible brush fire east of the airport. The first unit on scene reported a working brush fire in light fuels, wind driven downhill. Wind conditions were 24 MPH sustained with gusts in the 50 MPH range. The wind had blowing power  lines together causing arcing and sparks that fell to the ground starting the grasses on fire. Fire crews had to pull back at one point until the power lines were shut down. Wind conditions caused rapid fire spread. Incident Command called for a second alarm within ten minutes that brought in additional fire resources from Chelan Fire and Rescue’s Union Valley, South Lakeshore, City of Chelan Stations and from Orondo, Manson and Entiat Fire Departments for a total of eighteen fire apparatus staffed with 40 personnel. Chelan PUD, Wenatchee Irrigation District and Washington State Department of Transportation also provided assistance.  Two houses on the north end of the fire were provided structural protection. The orchard in this area on top of the bluff provide a natural fire break. Firefighters were able to contain the fire to about 105 acres which was mostly on the hill side between SR97A and SR 97. There was no damage to any structures or evacuation. All units were clear of the fire ground around 0230 hours with Brush 79 continuing fire watch through the night until 0730 hours in the morning. The fire was 100% contained. 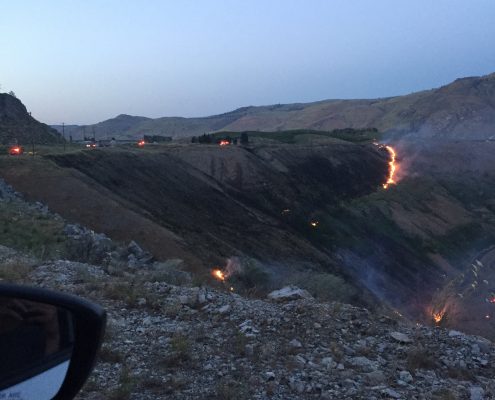 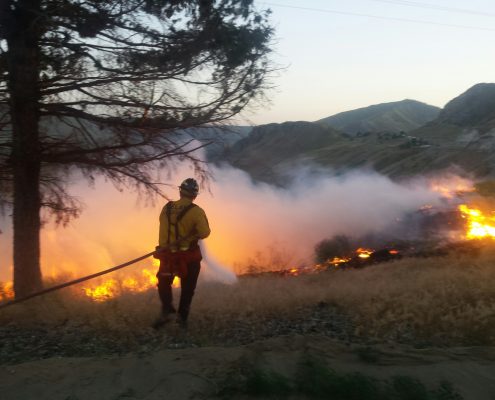 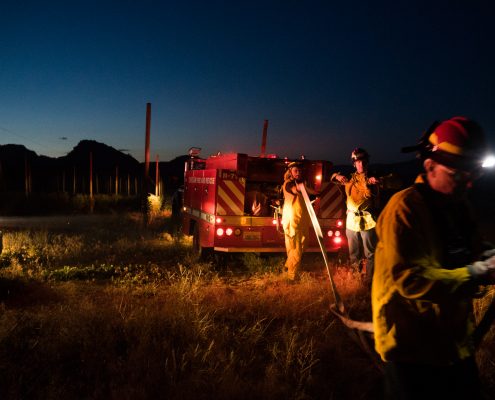 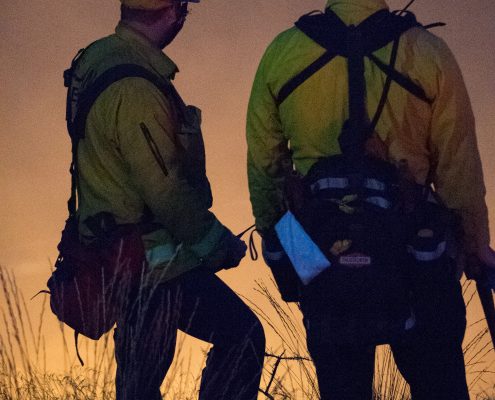 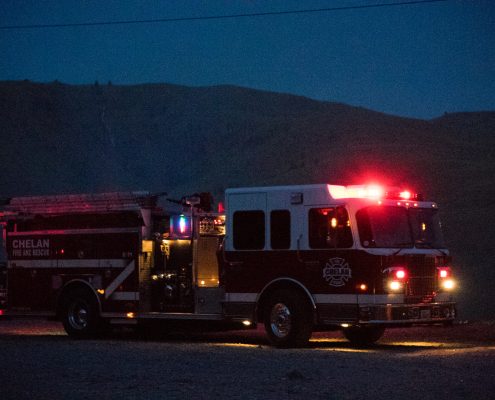 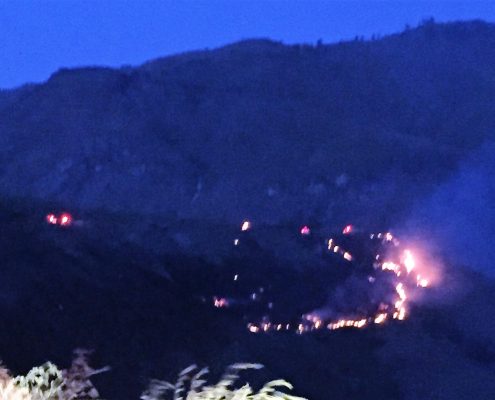