06/18/2017, around 1554 hours Chelan Fire and Rescue units, Rescue 71, Tender 71 and Chief 701 responded to a 911 call for a brush fire in Chelan Falls. First unit on scene reported a working brush fire and requested a second alarm that brought Brush 75, 79, Engine 73, Tender 74, 75 and brush 243 and Tender 243 from Orondo Fire Department. Fire was contained to five acres, no structures were threatened and power-poles in the area were protected and were not damaged. Chelan County Sheriff’s Office, Washington State Patrol and Lake Chelan EMS supported the fire operations. Fire was contained in about 60 minutes and units finished mopping up the fire area around 1929 hours. 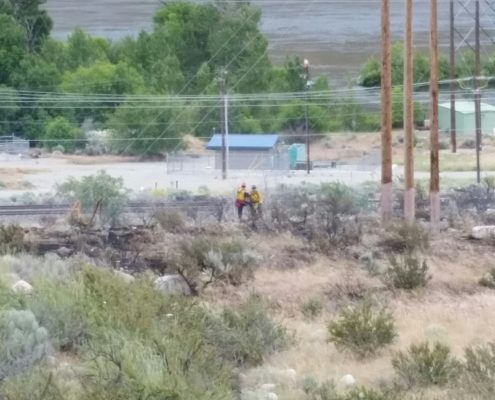 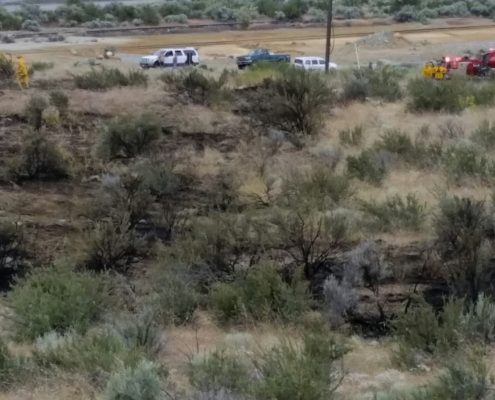 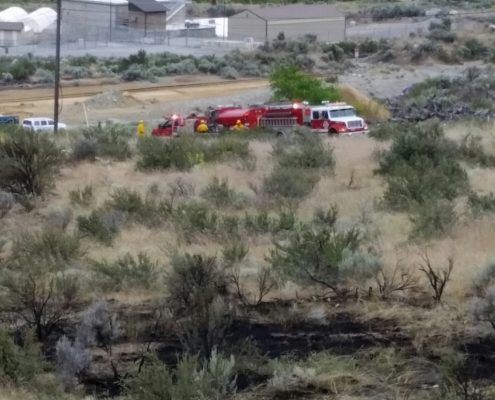 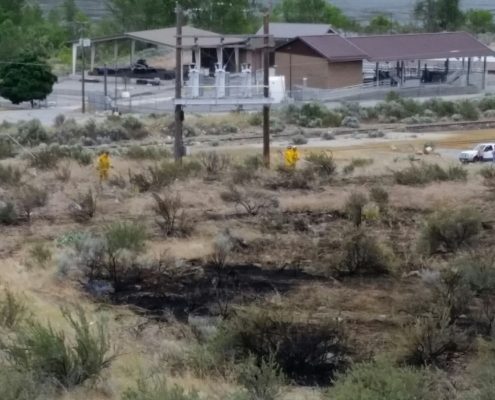