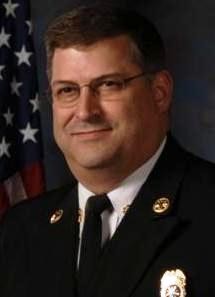 Commissioner Jones expressed his sincere appreciation for Chief Lemon’s experience, expertise, dedication and the professionalism that he brought to Chelan Fire and Rescue. “When you look around the department and community you can see the positive impacts that Chief Lemon has made.” said Jones. Improved response times, better trained and educated personnel, increased the number, type and safety of our fire apparatus, built two new fire stations in the outlying areas, improved WSRB fire classification throughout the district and has had a positive impact on all of the fire departments in Chelan Douglas County through his role as the President of the Chelan Douglas County Fire Chief and Commissioners Association for three years.

Chief Lemon has developed a strong professional and dedicated combination fire department that is appreciated by the community and recognized by the fire service community throughout the state. Under the direction of Chief Lemon, the department has earned numerous State Management of Excellence Awards, and has had CFR personnel recognized at the state level for their achievements. The District has brought in over $2.6 million dollars in grant funds under Chief Lemon’s direction.” I hope we will be able to find someone with his qualities, know-how and willingness to go the extra mile.” said Jones.

The department will start the process to find Chief Lemon’s successor later this year.