05-27-2018 / SR150 & Chelan Hills Brush Fire: Chelan Fire and Rescue responded to a report of a 50’ x 50’ brush fire Sunday (05/27/2018) around 10:04 AM along SR150. A number of citizens had stopped and attempted to put the fire out, but it grew rapidly being pushed by winds sending the fire up the hillside toward Chelan Hills and a number of residential homes. The initial on duty response from Chelan Fire and Rescue’s Station 71 brought the on-call duty officer, two brush engines and one water tender staffed with the four career personnel and one on duty volunteer. The first unit arrived within 5 minutes 20 seconds of the initial 911 call. Brush 71 aggressively engaged the fire off SR150 flanking the fire while Brush 79 and Tender 71 were assigned to structural protection off Orchard View Drive on top of the hillside. These two units are credited with saving two homes as the fire reached the top of the hill. Chelan County Sheriff’s Officers responded during the initial alarm and were instrumental in notifying home occupants of the fire and managing traffic.

2nd alarm was called for at 10:08 hours bringing a response from the rest of Chelan Fire and Rescue stations (Stations 72 Chelan Falls, 73 Union Valley, 74 Chelan Airport, and 75 South Lakeshore). CWICC was notified at 10:13 hours sending three Department of Natural Resources (DNR)  engines and dispatching one helicopter. A third alarm was requested at 10:15 hours bringing assistance from Manson, Entiat, Orondo and   Okanogan/Douglas County Fire District 15. A strong response from our duty crew, home volunteers, off duty career personnel and neighboring fire agencies resulted in bringing the fire under control at 6.6 acres within one hour and eight minutes from the initial 911 call. No homes were lost or damaged. Resources used included 24 fire apparatus, one helicopter and 54 firefighters.

A Big thanks to the Entiat, Manson, and Orondo Fire Departments, Okanogan/Douglas County Fire District 15, DNR with three brush engines and one helicopter, Lake Chelan EMS for providing an Medic unit to stand-by on scene and The Chelan County Sheriff’s Office for their help with notification of home owners and traffic control. 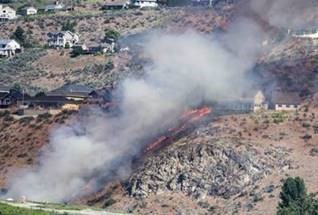 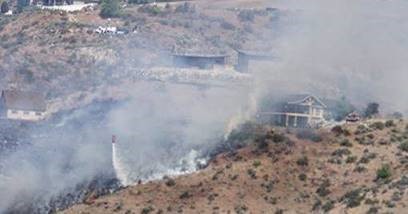 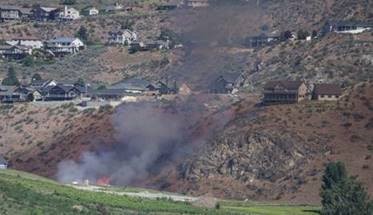